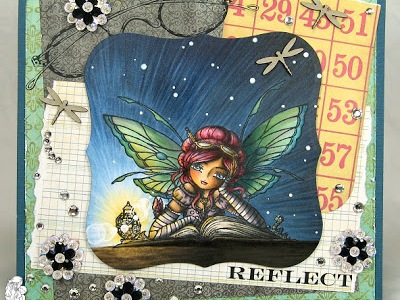 The challenge this week at Make it Colourful is “Lantern/Candlelight” and one that I’ve been looking forward to for a while. I had already colored one image but forgot to include something MiC (see Carol Singing) and so that gave me another chance to try it again. LOL 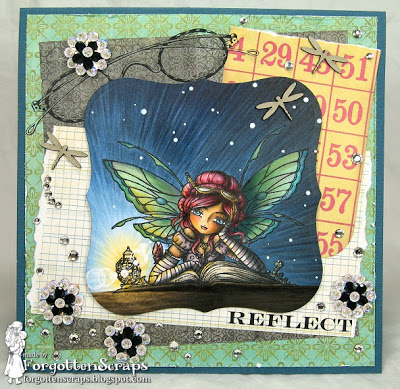 Rummaging through my rubber stamps I was able to find another lantern for the challenge. The image I used is Bookmark Fairy by Hannah Lynn and is one I’ve been waiting to color once again. This time I wanted to go with a dramatic look so I’ve combined some of my past projects with the lamp and this is what I ended up with. 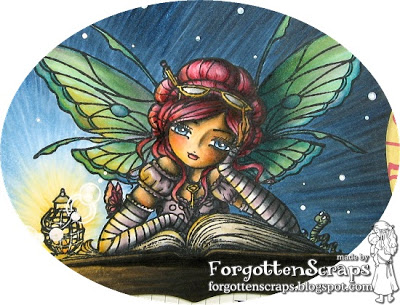 This is an amazing card and but for reasons which you may not expect too! Unexpectedly, from start to finish, this card took ten times longer to make than any project I’ve done in a long while! Oi! The main reason is the way I started to color it which threw off my whole style – I was using different paper to color on at took full advantage of it. He he he

The way I colored was different in that I colored the whole image with Neutral tone grays and setting in my shadows as dark as N8. I didn’t think about scanning it until after I had already started recoloring some areas. This is also a great way to focus on the shadows. 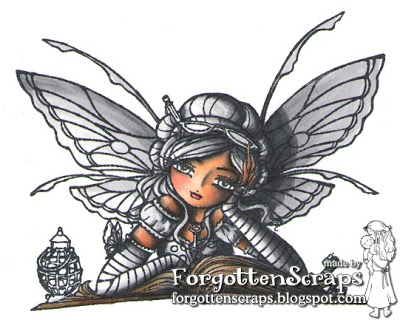 The paper I used is Neenah and even though I was able to layer my colors, there were several areas that were over saturated, became sticky, and wouldn’t accept anymore layering. However, it was a fun exercise to work over the gray tones even if it took me all day to color it. The background was done the same was as the last (see Carol Singing) by flicking in the direction of the light, then stars were added with acrylic paint. Here’s the final colored image before I cropped it.