I’ve used the Birthday Memories designer series papers from Stampin’ Up! to create this project and followed a card layout and idea from DO Stamping with Dawn. I also used some Make it Crafty chipboard embellishments for the sentiment and added some gems for sparkle.  When I created the card, I forgot to double-look when I placed the balloons so they are tied to the poodle’s head instead of the tail; which was been a better idea.  LOL 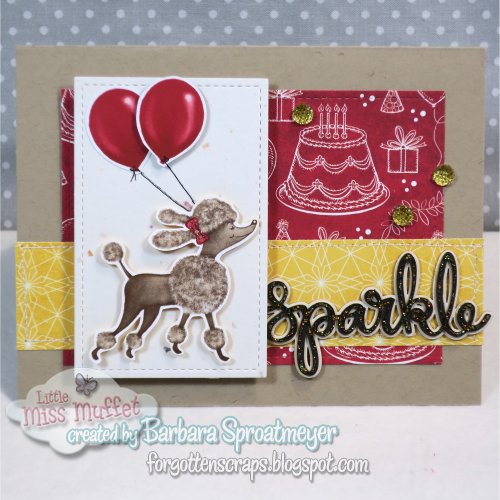 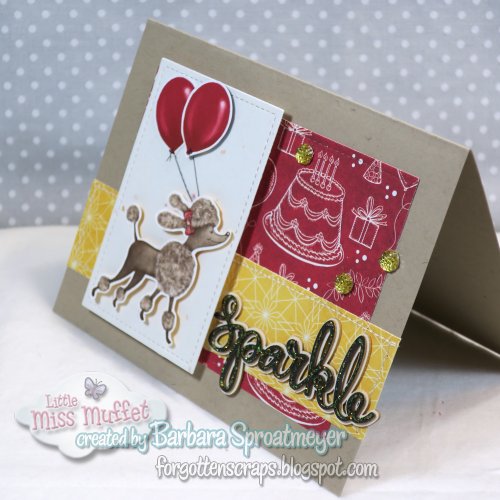