I had such a wonderful time at the Texas Coloring Retreat that it’s easy for my new pals to convince me to organize another!  So start marking your calendars for next year and we’ll be having another.  😀  For the next two weeks I’m going to post all the things we colored and did at the activity and share the fun.  But first, I need to photo graph everything.  This isn’t one of them but it’s something along the same lines… faces!

This image is Baby Fairy Flora from Mo Manning which had a face but there were two lines that looked like the bottom parts of eyelids so I went with that idea. 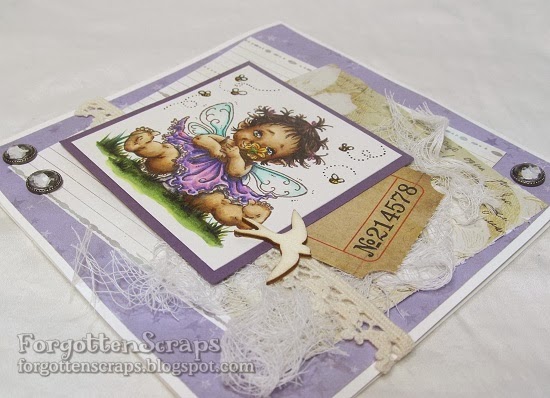 Here’s the image before it was colored.  This is a rubber stamp that I have but I think it also comes in a revised digital form. 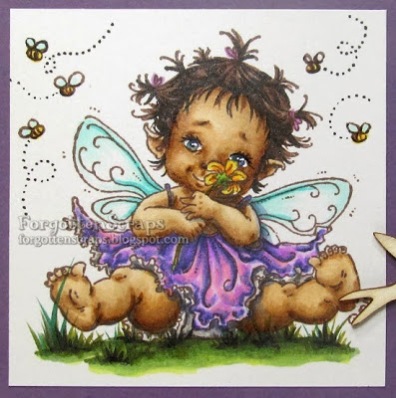 I think the eyes are a bit too far apart but she still looks cute, I think, and better with eyes.  I added a couple extra bees around the edges to fill out the white area.  I hope you like it and thanks for dropping by!  Have a great mid-week and come back soon, ya’ll hear!